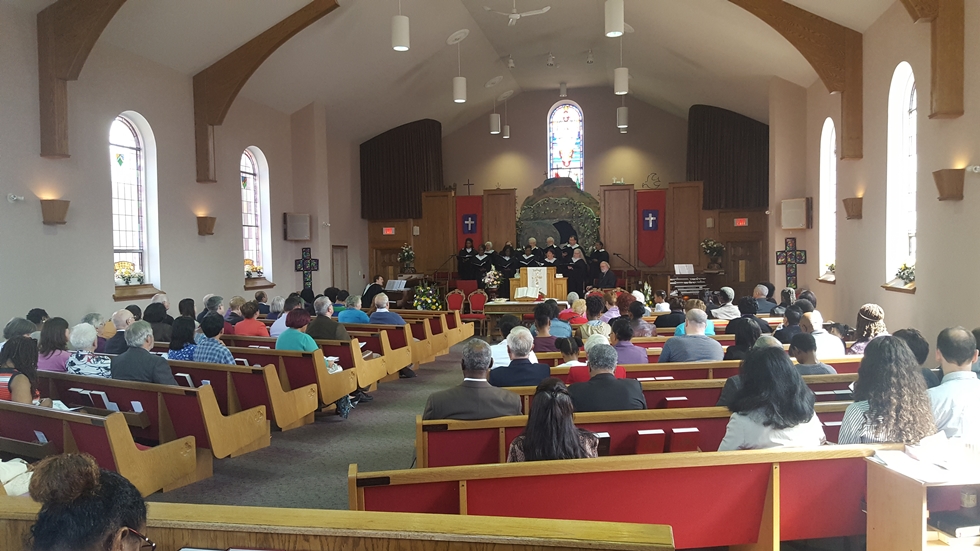 “As the time approached for him to be taken up to heaven, Jesus resolutely set out for Jerusalem.”

“I tell you,” He replied, “If they keep quiet, the stones will cry out.”  As He approached Jerusalem and saw the city, He wept over it and said, “If you, even you, had only known on this day what would bring you peace – but now it is hidden from your eyes.  The days will come upon you when your enemies will build an embankment against you and encircle you and hem you in on every side.  They will dash you to the ground, you and the children within your walls.  They will not leave one stone on another, because you did not recognise the time of God’s coming to you.””

Luke’s account of the Triumphal Entry of the Lord Jesus Christ into the city of Jerusalem is rich with Biblical symbolism.  As we read what Luke records here we are caught up into an awareness that more is going on than meets our eyes.  The Triumphal Entry is presented as the culmination of the travel narrative that Luke began in chapter 9 verse 51.  There Jesus resolutely sets His face to go to Jerusalem and the cross.  Luke tells us that this journey begins when the time approached for Jesus to be taken up into heaven.  Have you ever stopped to meditate upon the numerous times that the Word of God tells us that an event took place at exactly the right time?  At the time that God had chosen a Word of Prophesy was fulfilled.  The Apostle Paul tells us in Galatians 4:4 that “when the time had fully come, God sent His Son, born of a woman, born under the law.”  Here is a tremendous aid to our faith; God’s timing is always perfect whether we are talking about world events such as the return of the Lord Jesus Christ, or of the detail of our own lives.  Here is a word of comfort and hope for us as we face the uncertainty of our lives.  God knows what He is doing.  Everything happens according to His sovereign will.  Praise God!

When the time was coming for Him to be offered up to heaven Jesus set His face to go to Jerusalem and the cross.  The next ten chapters describe key events in the journey towards this event.  As Luke presents it in his Gospel we see it as the fulfillment of the prophesies in Malachi and Habakkuk regarding the arrival of the holy God among His people.  When He comes He will refine His people.  Malachi asks, “Who can endure the day of His coming?  Who can stand when He appears?  For He will be like a refiner’s fire or a launderer’s soap.” (Malachi 3:2)  Habakkuk tells us that on that day the very stones will testify against us for all that we have done in our sin.  It is with this understanding that Luke tells us what happened as Jesus arrived at Jerusalem as their Messiah.  God was visiting them, coming among them, and they did not recognise it.  So they fell under judgment.  It was a judgment prophesied by the Lord Jesus Christ.  It fall upon the city in 70 AD just exactly as Jesus had said.  I don’t know about you, but this certainly gives me confidence that everything else that God’s Word tells us about the fulfillment of His promises will come to pass at just the right time as well.

There is a key question raised here however.  Who can stand when the Holy God comes among us?  How do we stand?  How do we recognise the day of His visitation, meaning when He comes in either judgment or mercy?  There really is only one way to answer this question and that is to see the Lord Jesus Christ as He is revealed in the Word of God as the fulfillment of all that God had promised to us in His word.  Again the Apostle Paul puts it in the strongest possible terms when he describes Abraham as one who did not waver through unbelief regarding the promise of God, but was strengthened in his faith and gave glory to God, being fully persuaded that God had power to do what He had promised.  This is why “it was credited to him as righteousness.”  The words “it was credited to him” were written not for him alone, but also for us, to whom God will credit righteousness – for us who believe in Him who raised Jesus our Lord from the dead.  He was delivered over to death for our sins and was raised to life for our justification.” (Romans 4:20-25)

It is only by faith in the Lord Jesus Christ as God incarnate come among us as our redeemer from sin.  In Him we are able to stand because we have been credited with the righteousness of God in the cross of Christ.